While many celebrities committed to going all out with their Halloween costumes (with some, like Kylie Jenner and Cardi B, even staging photo shoots in them), no one goes harder than Heidi Klum. The model, famous for her transformations, stepped out for her annual party dressed as a worm. Her husband, Tom Kaulitz, was dressed as the fisherman who hooked her. And while some may think Klum’s idea was a clever riff on the meme-y dating question, “would you still love me if I was a worm?” the decision to become the creature very much predates the joke. 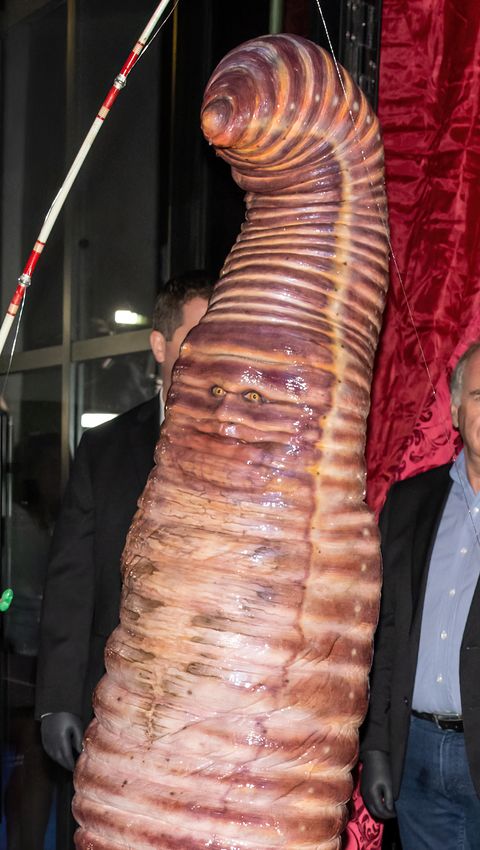 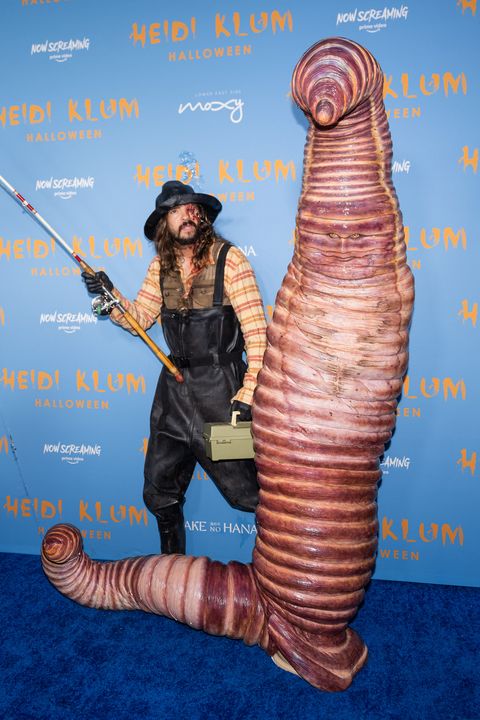 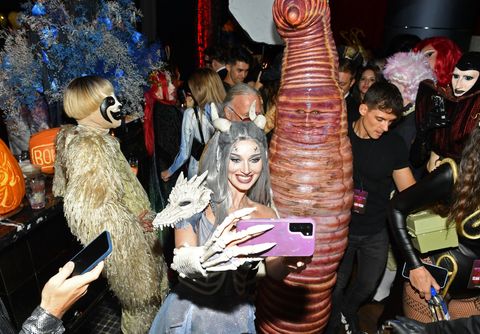 Klum told Vogue the idea was two years in the making. She reiterated that to Entertainment Tonight, confirming it took months to make to look.

“This costume took a very long time. It took several months,” she told Entertainment Tonight, while lying on the ground of the venue, Moxy Lower East Side’s Sake No Hana. Initially Klum “wanted to be a tree,” she recalled, but her husband “thought that would be difficult to do, so I started thinking outside the box.” 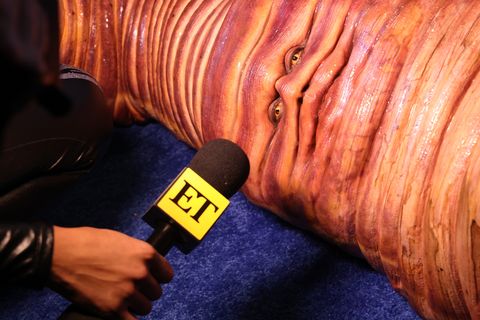 “I don’t want to let my Halloween fans down, or myself,” she told the outlet in a separate interview ahead of the party. “Because it’s an internal challenge with myself every year to come up with something amazing, something unexpected. I feel like I’ve achieved that this year, now I just really hope it works. There’s never really a trial. There’s no dress rehearsal, so, when I do it that day—it’s either it works or it doesn’t work, so I hope it works.”

To Vogue, Klum revealed makeup artist Mike Marino and his team at Prosthetic Renaissance, her go-to Halloween glam team, were initially surprised by the idea. “I called him [Mike Marino] and said ‘make me a worm,’ and he said, ‘Huh?!?!?!’ He initially did not want to do it and kept encouraging me to think of a new idea,” Klum said. “However, I am not like that: When I fall in love with an idea, I do not want to pivot.” And pivot she did not. The worm moment happened, with her changing into a sleek bodysuit later on. 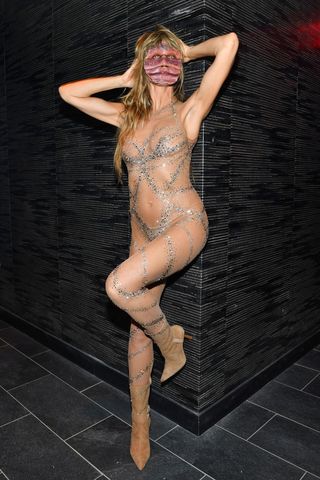 Heidi Klum in her bodysuit after her worm costume debut.