Trump Organization to have independent monitor, judge rules By Reuters 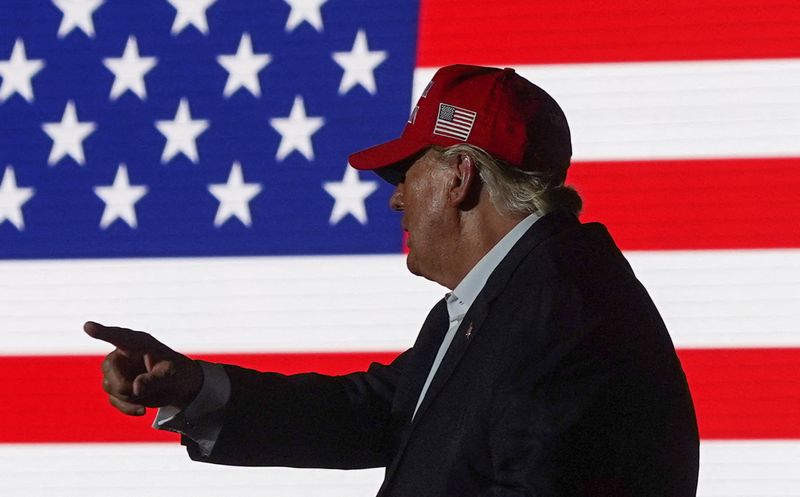 (Reuters) -A New York state judge on Thursday ordered that an independent monitor be appointed to oversee the Trump Organization before a civil fraud case by the state’s attorney general against Donald Trump’s company goes to trial.

The judge, Justice Arthur Engoron, is presiding over state Attorney General Letitia James’ $250 million lawsuit accusing the former U.S. president, his company and three of his adult children of over-valuing assets and Trump’s net worth through a decade of lies to banks and insurers.

Last month, James asked the Manhattan-based judge to appoint a watchdog to halt “staggering” fraud at the company and keep the Trumps from transferring assets out of her reach.

Citing the “persistent misrepresentations” throughout Trump’s statements of financial condition from 2011 to 2021, Engoron called appointing a monitor “the most prudent and narrowly tailored mechanism to ensure there is no further fraud or illegality” that violates the state law James is trying to enforce.

In a Thursday hearing on whether a monitor was needed, Engoron focused on James’s accusation that in 2015 Trump said his penthouse apartment atop Manhattan’s Trump Tower was nearly triple its actual size, giving it an inflated $327 million valuation. No apartment in Manhattan has sold for that much.

“You said experts can disagree” on valuation, the judge told Christopher Kise, a lawyer for Trump. “But does there reach a point it’s just not a disagreement … but bad faith?”

Kise argued that the attorney general’s demand for a monitor was a “manufactured emergency” coming ahead of next Tuesday’s midterm election that will determine which party controls the U.S. Congress. Kise also said James no legal authority to challenge how Trump valued his properties, calling it a private matter between Trump’s company and its lenders and insurers.

Kevin Wallace, a lawyer from James’ office, countered that it is important to the public to maintain an “honest and fair business environment” in the state.

“The alternative is, we’re in the wild, wild west,” he said.

The Trump Organization manages hotels, golf courses and other real estate around the world, and had been under investigation by James for more than three years.