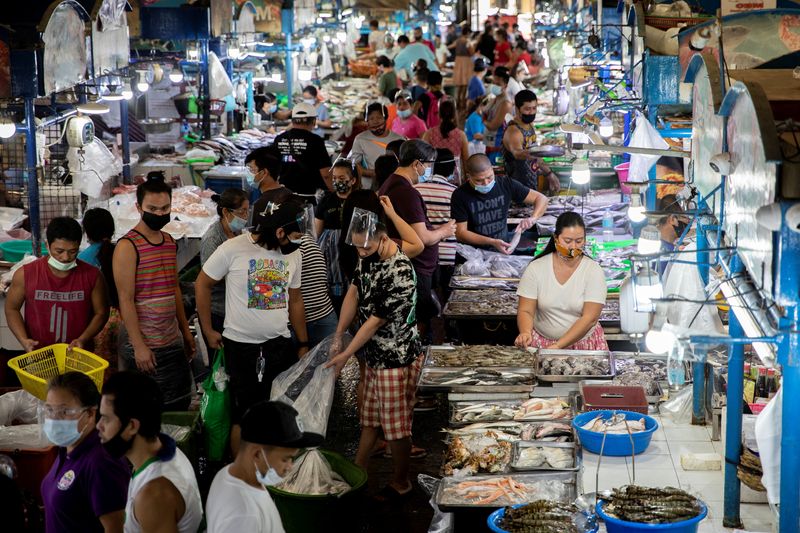 MANILA (Reuters) – Philippine inflation accelerated to its fastest pace in nearly 14 years in October and the rate is likely to rise further, the statistics agency said on Friday, backing expectations the central bank will keep tightening monetary policy.

The consumer price index climbed 7.7% in October from a year earlier, the fastest rise since December 2008, driven by price gains in key commodity groups, particularly food and non-alcoholic beverages. It outpaced the 7.1% median forecast in a Reuters poll.

The headline figure also came in near the top end of the central bank’s 7.1% to 7.9% forecast for the month.

Inflation in January-October averaged 5.4%, well outside the central bank’s full-year target range of 2% to 4%.

The statistics agency sees a “substantial probability” that inflation could increase further in November, partly because of the impact of a recent destructive tropical storm.

Reacting to the data, the economic planning agency said the government was committed to providing immediate relief to cushion the impact of rising inflation.

The BSP intended to maintain the interest rate differential prevailing before the most recent Fed rate hike, in order to temper any impact on the country’s exchange rate, he said.

The peso, Southeast Asia’s worst-performing currency, has lost more than 13% against the U.S. dollar so far this year.

The BSP, which has so far raised rates five times this year by a total of 225 bps to bring its benchmark overnight reverse repurchase facility rate to 4.25%, will hold its last policy meeting of 2022 on Dec. 15.

“We expect the central bank to hike again in December, likely matching any move from the Fed to close out the year,” said ING senior economist Nicholas Mapa.

5/5 © Reuters. Flamingos are seen at the Vjosa-Narte Protected area in Vlora, Albania, January

4/4 © Reuters. FILE PHOTO: A meteorite creates a streak of light across the night