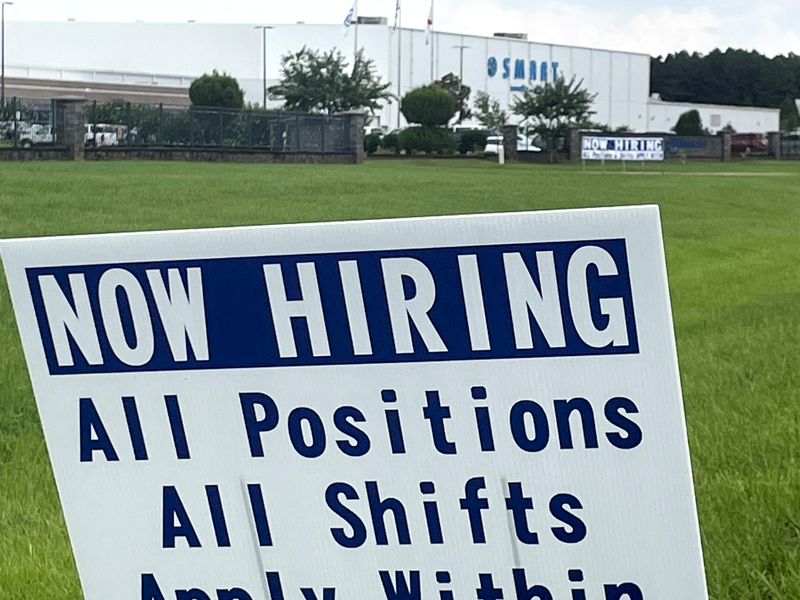 (Reuters) – Four Federal Reserve policymakers on Friday indicated they would still consider a smaller interest rate hike at their next policy meeting, despite new data showing another month of robust job gains and only small signs of progress in lowering inflation.

The United States added 261,000 jobs last month, the Labor Department said in its closely watched employment report, well above the 200,000 gain expected by economists in a Reuters poll. Data for September was revised higher to show 315,000 jobs created instead of the previously reported 263,000, but the unemployment rate ticked up to 3.7% from 3.5%.

The jobs numbers show “the labor market remains tight,” Richmond Fed President Thomas Barkin told broadcaster CNBC soon after the release of the data, adding that he nevertheless is ready to act more cautiously on the pace of future rate increases even as he keeps an open mind on the outcome of the next policy meeting in December.

“When you get your foot on the brake, you think about steering in a very different way … sometimes you act a little bit more deliberatively, and I’m ready to do that,” Barkin said. “And I think the implication of that is probably a slower rate of pace of rate increases, a longer pace of rate increases and potentially a higher end point.”

The U.S. central bank on Wednesday raised rates by 75 basis points for the fourth consecutive meeting, but signaled it hoped to shift to smaller hikes in borrowing costs as soon at its next meeting as it allows time for the economy to absorb the swiftest tightening of monetary policy in 40 years.

However, Fed Chair Jerome Powell tempered that message in a news conference after the end of the two-day meeting with a warning that rate increases, while possibly smaller, will persist long enough that rates will ultimately rest higher than policymakers previously thought and that any talk of a pause was “very premature.” The Fed’s key policy rate currently sits in a 3.75%-4.00% range.

“From here on out, I don’t think it’s front-loading anymore, I think it’s looking for the right level of restrictiveness,” Evans told Reuters in an interview, referring to the U.S. central bank’s string of supersized rate hikes. “Stepping down to a pace that’s not 75 (basis points), giving … a little bit of runway to see more data before you get too far ahead of where you eventually want to be, makes sense to me.”

With rates now in restrictive territory, Collins said in a speech to the Brookings Institution, “I believe it is time to shift focus from how rapidly to raise rates, or the pace, to how high,” adding that she suspects the Fed will ultimately have to raise its policy rate higher than the 4.6% level officials penciled in at their meeting in September, but that it’s too soon to say what that level might be.

Investors in futures contracts tied to the Fed’s benchmark overnight interest rate dialed up their bets that a 50-basis-point rate hike at the Dec. 13-14 meeting is more likely than another 75-basis-point hike following the employment report, and though traders are still wagering on that rate rising to a 5.00%-5.25% range by March of next year, they have eased off bets of it climbing higher than that level.

“The data are still showing strong positive momentum in the labor market, which is not yet showing much adjustment in response to a rapid tightening of monetary policy,” said Rubeela Farooqi, chief U.S. economist at High Frequency Economics.

The Fed is trying to thread the needle by softening the labor market enough to tamp down high job vacancy rates and wage growth, which have helped fuel inflation, without causing a sharp spike in unemployment which would see it having to ease off the throttle sooner than desired.

Persistently strong job gains also make it difficult for the central bank to let up, increasing the likelihood it has to lift borrowing costs so much that it upends the economy and triggers a painful recession.

Minneapolis Fed President Neel Kashkari, who has previously forecast a higher end point for rates than almost all of his fellow policymakers, told the Associated Press in an interview that the “quite healthy” jobs data showed the Fed still has more work to do and he envisaged revising up where rates need to get to even as he said it is appropriate to consider a slower pace of rate increases.

“I had interest rates in September peaking at around 4.9% in the March-April (2023) kind of time frame,” Kashkari said. “Given what I know right now, I would expect to go higher than that. How much higher than that, I don’t know.”

The Fed has barely made a dent in bringing down the highest rate of inflation in 40 years, with its preferred measure running at more than three times the central bank’s 2% target. Attention now turns to the release next Thursday of monthly Consumer Price Index data, which will provide a fresh look at the state of the Fed’s inflation battle.

Friday’s employment report offered some indications of progress, most notably the slowdown of job gains in some sectors. The household survey portion of the report also showed a sharp fall in employment, while the rise in the unemployment rate suggests loosening in labor market conditions.

Annual wage growth also appears to have peaked even as average hourly earnings rose more than expected in October on a monthly basis to the highest reading since July.

That gives some weight to a closely watched forward-looking labor costs report last Friday which showed a considerable slowdown in private-sector wage growth in the third quarter, suggesting wage pressures may have peaked.

Collins, for one, touched on that data on Friday. “There are some hopeful signs, although not yet clear evidence, that inflation may be beginning to moderate,” she said, adding that the latest monthly jobs reading, while appearing strong, may not be fully in alignment with where the economy now stands.