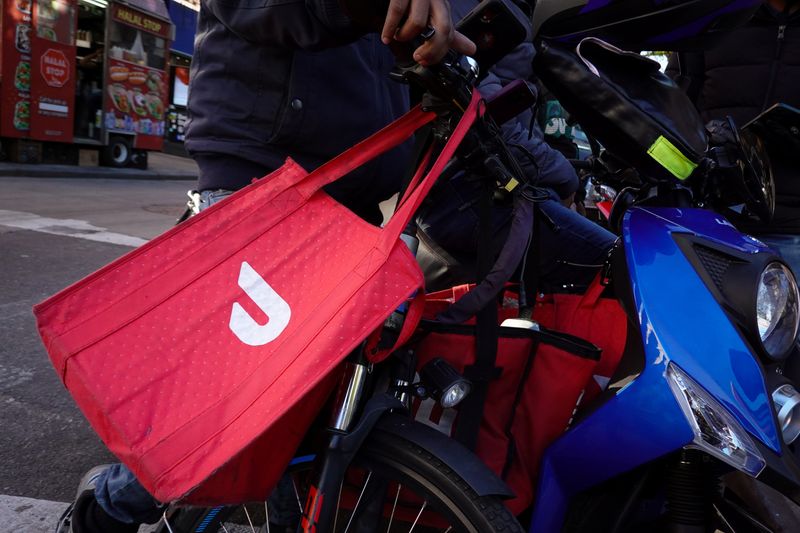 Even though dining out has resumed in force, people are still ordering food online from the comfort of their homes like they did during lockdowns.

DoorDash recorded 439 million orders in the quarter and a 30% rise in gross order value – the total value of all app orders and subscription fees – to $13.53 billion.

It forecast fourth-quarter gross order value of between $13.9 billion and $14.2 billion, and reiterated full-year expectations for the key industry metric.

DoorDash has, however, started to see a bit of item-level impact from decades-high inflation and the threat of a recession prompting people to buy fewer items each time they order, a company spokesperson said.

Labor shortages have also weighed on many U.S. delivery companies. But UberEats owner Uber Technologies (NYSE:) Inc said on Tuesday active drivers were back to levels seen before the pandemic in September 2019.

DoorDash said it has not been affected by driver shortages except in the first quarter of 2021, when the U.S. government issued its second round of stimulus checks to help people cope with the pandemic.

The company’s revenue rose 33% to $1.70 billion in the third quarter, surpassing analysts’ estimates of $1.63 billion, according to IBES data from Refinitiv.

(This story has been officially corrected in paragraph 8 to say “first quarter of 2021”, not “2020”, after company clarifies)