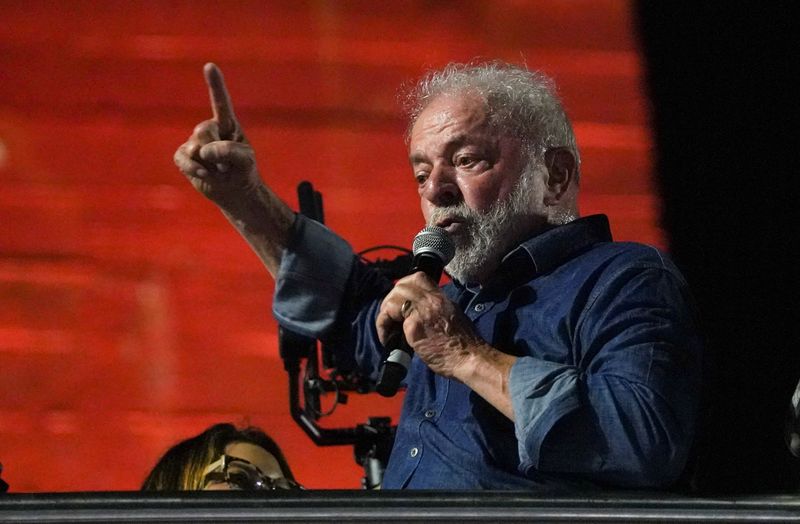 In an interview with Reuters, he said the first task of the new government taking over from right-wing incumbent Jair Bolsonaro on Jan. 1 will be revisiting a 2023 budget proposal that he described as “fiction.”

Mantega said the government would have to exempt at least 120 billion reais of new spending from a constitutional spending cap to fulfill campaign promises such as more generous welfare programs. For the government to also expand “emergency” public investments in infrastructure and housing, it may have to wave more than 200 billion reais, he added.

Mantega also warned of a possible shortfall in federal revenues next year if the economy expands by less than the 2.5% GDP growth projected in the budget bill.

“If you look at market projections, the way things are going, growth would be 0.5%. If the economy grows by 0.5%, you won’t have the revenue you were supposed to receive. Also, inflation will be lower, and we know that inflation helps tax revenues,” he said.

Mantega said the newly elected government should work this year with lawmakers to ask for a constitutional waiver to increase spending next year, while a transition team under Lula would begin debating the long-term policy that will replace the current spending cap.

“For reaching a consensus on the fiscal anchor, you need more time for discussion,” he said.

Mantega said Lula’s advisers are weighing two main proposals for a fiscal framework. The first involves a target range for Brazil’s primary surplus and the second is a rule allowing for public investments to expand.

Lula has pledged to exempt workers who earn up to 5,000 reais from paying income tax, which Mantega estimated would cost around 120 billion reais.

“It’s a very high cost, it would have to be done gradually and amid a tax reform without unbalancing the public accounts,” he said.

Mantega said he would “certainly” not assume any ministry, and suggested that both the tax reform and the new fiscal policy would be designed with the collaboration of economists who helped to stabilize the economy in the 1990s, such as Pedro Malan and Persio Arida.

He stressed that the center-left coalition forged by Lula’s campaign would be reflected in its policies over the next four years, which would still leave room for fighting poverty and increasing public investments.