This wild-looking minivan is the Zeekr 009. It’s brand-new out of the Chinese brand Zeekr (owned by Geely), and it’s trying to bring top-notch luxury to the minivan market.

As of now, we know Zeekr has its eyes set on Europe and the North American market as places to expand to beyond China, but if we had to guess, this 009 is one that’d never see the light of day in the U.S. Regardless, it’s something out of the ordinary, so we’re excited to tell you about it anyway.

The Zeekr 009 is an electric-only van with a giant 140 kWh battery pack that Zeekr claims is good for about 511 miles of range — this big van only has a drag coefficient of 0.27. There’s a smaller battery that measures 116 kWh, and charging this smaller pack from 10% to 80% is claimed to take just 28 minutes on a fast charger. The powertrain consists of two electric motors, and Zeekr claims a 0-62 mph time of only 4.5 seconds. For a minivan!

Its suspension is rocking a double wishbone design up front and multilink in the rear. A “High Performance Air Suspension” package is available. With the air suspension, the 009 can be lowered for easy entry and exit, too. 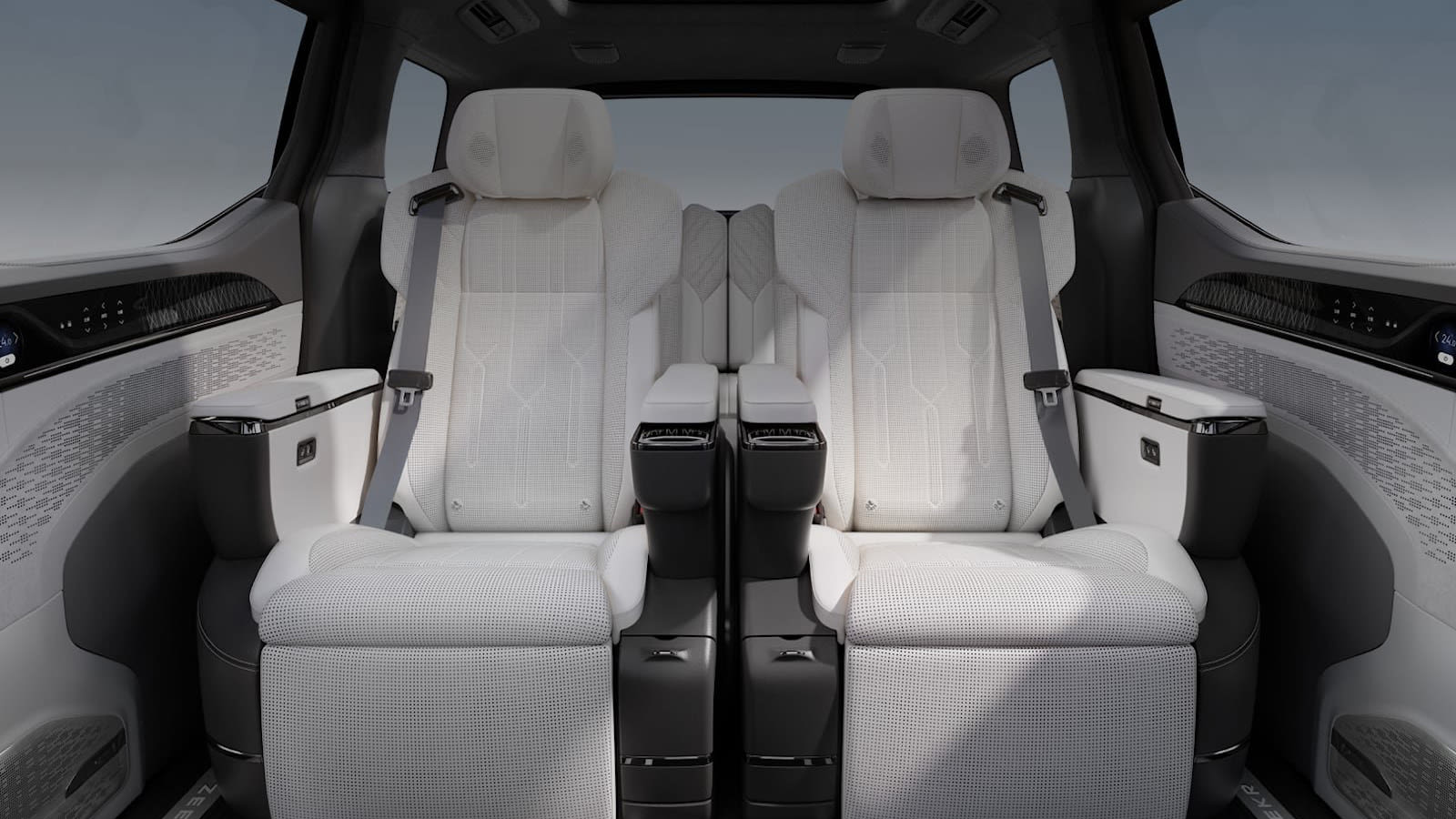 Of course, the real luxury in this van comes inside where you’ll notice the first class airline seats in the second row. Yes, Zeekr installs giant, cosseting buckets in the second row that feature just about every luxury you can imagine. It features an extra-long leg rest, “spa-level” massages, endless seat adjustment and even flip-out tables. Every inch is interior space and material is covered in eye-catching design and tech amenities, such as the 15.6-inch flip-down rear screen and 20-speaker Yamaha sound system. It really does look like a spectacular space to ride in. This being a minivan, there’s a third row for additional passengers, too, allowing for a six-person capacity.