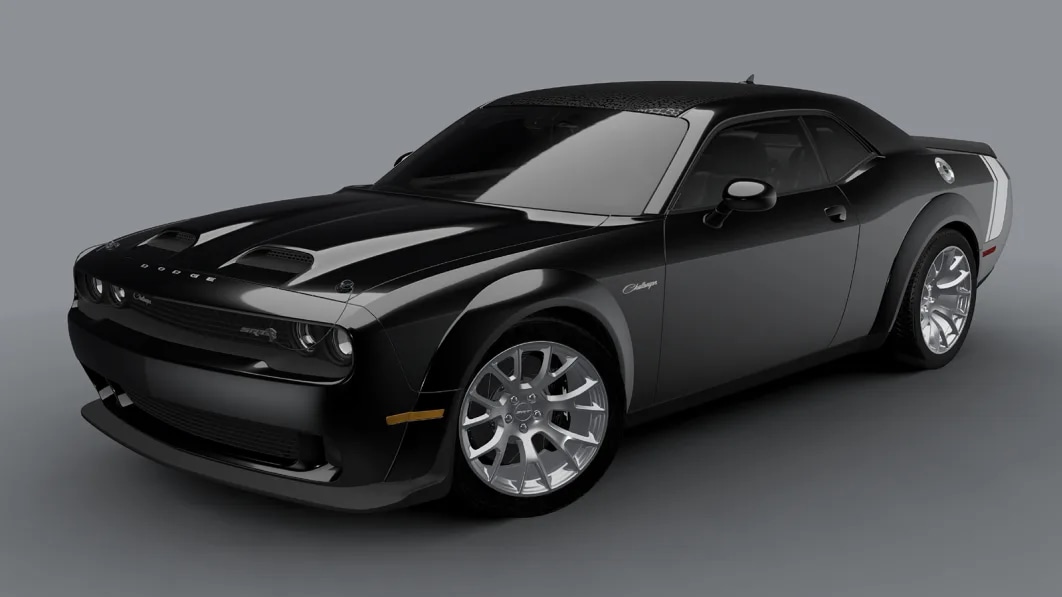 It’s possible the final “Last Call” special edition Dodge has created for the Charger and Challenger lineups should have been called “Black Ghost” instead of the Challenger Black Ghost we’ve already seen. This ultimate special, adding a bunch of power on top of the mostly cosmetic revisions on the other six last calls, doesn’t want to be seen. The automaker teased it during Speed Week in August with the car under a cover and wearing the license plate “1FAST29.” We were told we’d finally get eyes on it at SEMA in Las Vegas, but that didn’t happen. Last month, Dodge said supply issues were the culprit, without elaborating. That was a cover story, unless the automaker meant the supply of Hellcats was the problem. Dodge CEO Tim Kuniskis admitted during an online media briefing before the show that the Challenger’s modified Hellcat engine keeps blowing up during the testing cycle.

This Last Call is thought to be the drag-strip special Challenger rumored in July packing 909 horsepower when drinking E85 or the even racier E100, hinted at by the moonshine jug on Dodge’s Never Lift calendar. According to Carscoops, Kuniskis explained, “When you want to add power to a Hellcat it’s very easy to do. Unfortunately when I sell it as a commemorative edition I have to put it through the normal production duty cycle.” As any tuner can tell you — like the ones we interviewed about how to add reliable power to a car — making your 900-horsepower drag car a daily driver takes patience and skill. Kuniskis said, “It’s not so easy to do. We run these things on wide-open throttle for hours and hours on end, 24-7. The testing on these things is just brutal. So far we’ve grenaded seven engines, but I think we’ve got it figured out.”

Emphasis on “I think.” Per The Detroit Bureau, the boss at The League of Extraordinary Horsepower said everything depends on “if we don’t blow up any more engines,” and as far as wagers on that count, “I’m still holding my breath.”

If all does go to plan, there’s a chance we could see the coupe before the year is out or in early 2023, likely with a price just as explosive as those departed prototype engines.