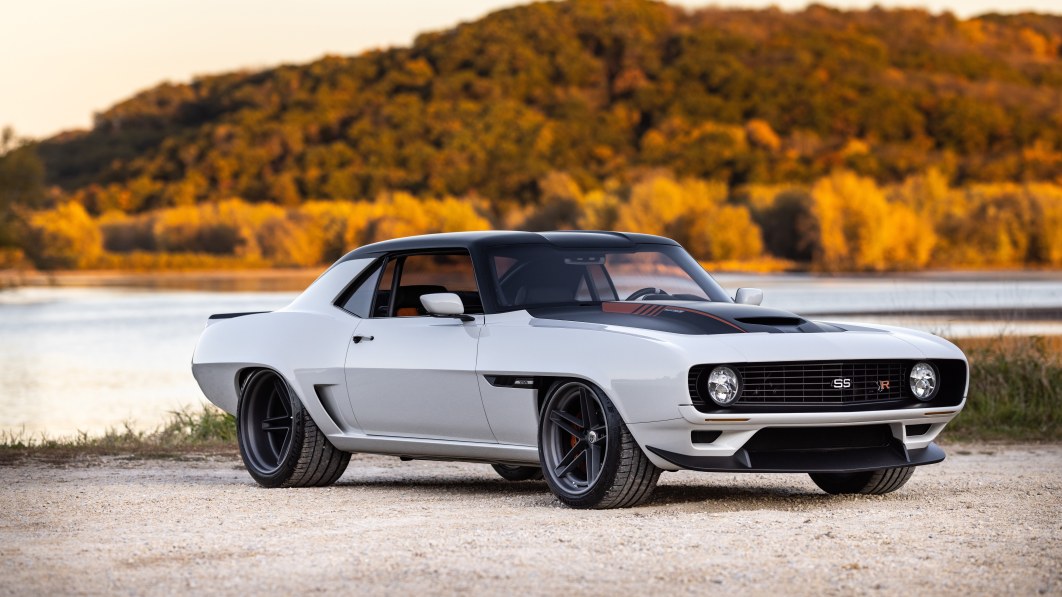 Year after year, custom car builder Ringbrothers tends to bring the most amazing vehicles to SEMA. This year is no different. The company is bringing a few vehicles to the show, and they’re making their debuts throughout the day. We’ll be covering them all in this post, so make sure to check back to see some of the other rides that have been revealed. The latest one will always be at the top of the post. So let’s see what Ringbrothers has to show.

The Strode Camaro is an example of how Ringbrothers manages to do radical customizing while being relatively subtle about it. Yes, it’s obvious that this car has had serious work done, would you have realized that there’s virtually nothing left of the original? Or that the entire body is made of carbon fiber? How about the fact that it’s 5 inches wider than a regular ’69 Camaro, and the wheelbase has been stretched by 1.5 inches, specifically by moving the front wheels forward? That’s all true, and it’s just the start of the major design modifications. Of course it also has unique front and rear valences, spoilers and vents. It has a different roof with a recessed center. The hood has been lengthened, too. The interior is significantly changed, as well, combining classic and current Camaro cues. It also loses its rear seat and gains a roll cage.

This custom exterior sits on a majorly upgraded mechanical components. A Whipple-supercharged Chevy LS3 makes a whopping 1,010 horsepower and sends power through a T-56 six-speed manual transmission to the John’s Industries 9-inch rear differential. Independent suspension is fitted to both ends along with QA1 coilovers, HRE wheels and Baer six-piston brake calipers.

The first of the Ringbrothers’ customs revealed is this 1972 Chevy K5 Blazer named “Bully.” And the headline feature is its 1,200-horsepower V8. It’s a 6.8-liter Chevy LS3 with a 2.9-liter Whipple supercharger on top. It also features Flowmaster exhaust and a 4L80E four-speed automatic transmission. Naturally, it still has four-wheel drive, with a Dana 44 front differential and axles and Dana 60 solid rear axle are suspended with dual Fox coilover springs and shocks at each corner. The front suspension setup is and independent design, and the rear end is a four-link solid axle design. Slowing down the big, powerful SUV are Baer six-piston brakes for all four of the custom HRE wheels,.

But as with any Ringbrothers build, the design is possibly more impressive than the also-impressive mechanicals. Everywhere there are little tweaks to the design, such as the power dome on the hood; the heat vents with the same mesh pattern as the grille; the unique carbon fiber design on the fender flares that fit the lines of the factory panels. The roof bars are particularly neat, as they’re unique to this truck, allowing for removable roof panels. But they look like they could’ve been from a contemporary GM concept truck. The interior is also impressive with custom parts everywhere, and nifty woven seats.