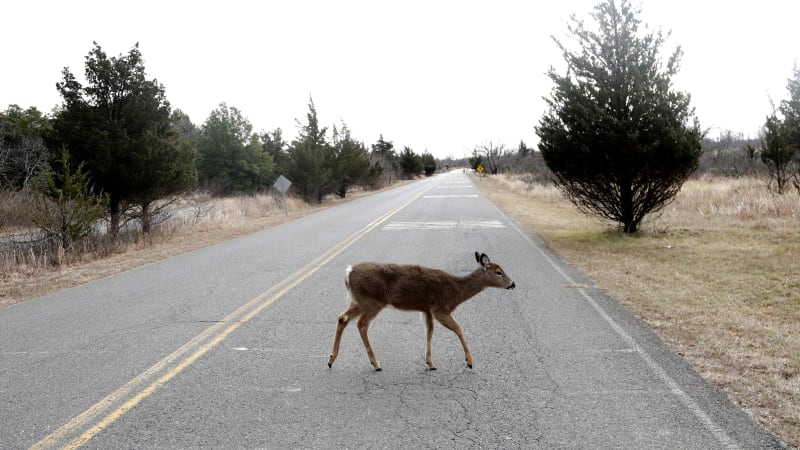 Notwithstanding the annoyances of switching between standard time and daylight saving time that affect our sleeping habits — spring ahead, fall back, all that — there are more serious consequences to the semi-annual transition: A new study says the time change contributes to 37,000 vehicle collisions with deer on U.S. roads.

The report, published this week in the journal Current Biology, says that year-round daylight saving time would reduce the time that evening rush-hour traffic occurs in darkness each year, preventing 33 human deaths, 2,000 injuries, and saving about $1.2 billion in repair costs stemming from accidents.

“The numbers are surprisingly large,” reported Laura Prugh, an associate professor of wildlife science at the University of Washington and an author of the study. “It’s just noticeable that a seemingly simple change — not changing the clock back in the fall, not falling back — would lead to such a marked reduction in collisions throughout the country.”

“If you drive two hours after dark, you’re 14 times more likely to hit a deer than if you drive before dark,” said Calum Cunningham, a postdoctoral researcher at UW and co-author of the study.

Switching to permanent standard time, meanwhile, would cost an additional 66 human lives per year and $2 billion in damage from an additional 74,000 collisions.

To understand the effect of seasonal time changes, researchers gathered wildlife and vehicle collision data from more than 1 million crashes in 23 states to estimate impacts. Deer are most active on both sides of dawn and dusk, and the data showed that drivers are far more likely to hit deer when the evening commute is done in the dark.

Some 2.1 million deer-vehicle collisions occur in the United States each year, causing more than $10 billion in economic losses — with 59,000 human injuries and 440 deaths.

Washington is one of 19 states where the legislatures have approved permanent daylight saving time, but they require congressional action to put it into effect. In March, the Senate weighed in, unanimously voting in favor of the Sunshine Protection Act, which would make daylight saving time permanent year-round for all states but Hawaii and most of Arizona. Those two states would continue to observe year-round standard time. But the bill has stalled in the House.

Until the House acts, we’re stuck with the current system — so take note that clocks nationwide will “fall back” by one hour at 2 a.m. this coming Sunday morning, Nov. 6.