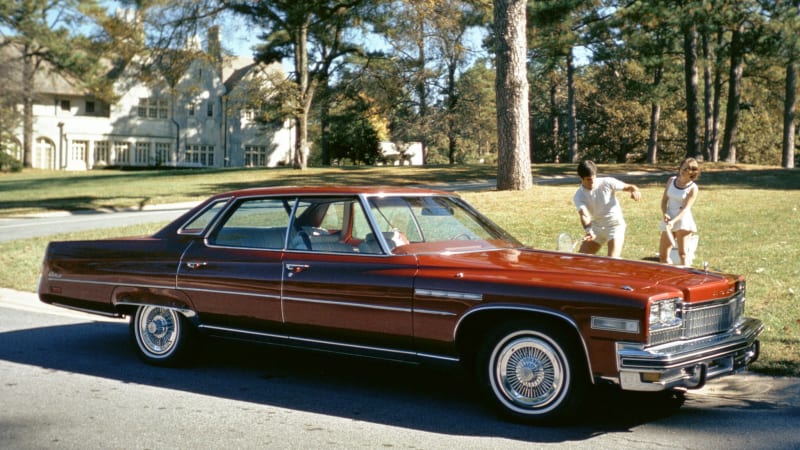 The Buick Electra was a sometimes-handsome full-size car that sold for decades, but its time came to an end in the early 1990s as the automaker moved toward smaller, more fuel-efficient vehicles. That will soon change, as Buick and parent company General Motors recently filed for a series of trademarks for the name.

GM Authority reported that GM filed trademark names ranging from Electra E1 to E9. Though Buick unveiled the Wildcat EV concept earlier this year, it is GM’s only brand without a publicly announced electric vehicle. It has said that an Electra EV would be coming to the U.S. but has not confirmed when it’ll arrive or what it will look like when it does. The automaker says its first EV will come in 2024 and notes that it will offer an all-electric lineup in the U.S. and Canada by 2030, though, so it’s only a matter of time.

As GM Authority noted, General Motors already trademarked the Electra GS name last month, which could indicate a high-performance variant in the model line. It’s unclear if Buick will stick to the Electra formula and make a sleek electric car or if it will use the name on a line of electric crossovers, following the rest of its vehicle catalog. GM Authority spotted an electric crossover testing in China in late October, which could be our first look at the automaker’s newest EV.

The Electra will likely ride on GM’s Ultium platform, whatever the form. The architecture underpins the GMC Hummer EV and will carry the upcoming crop of electric SUVs and trucks from Chevrolet and GMC.