600-horsepower IS leads Lexus to SEMA 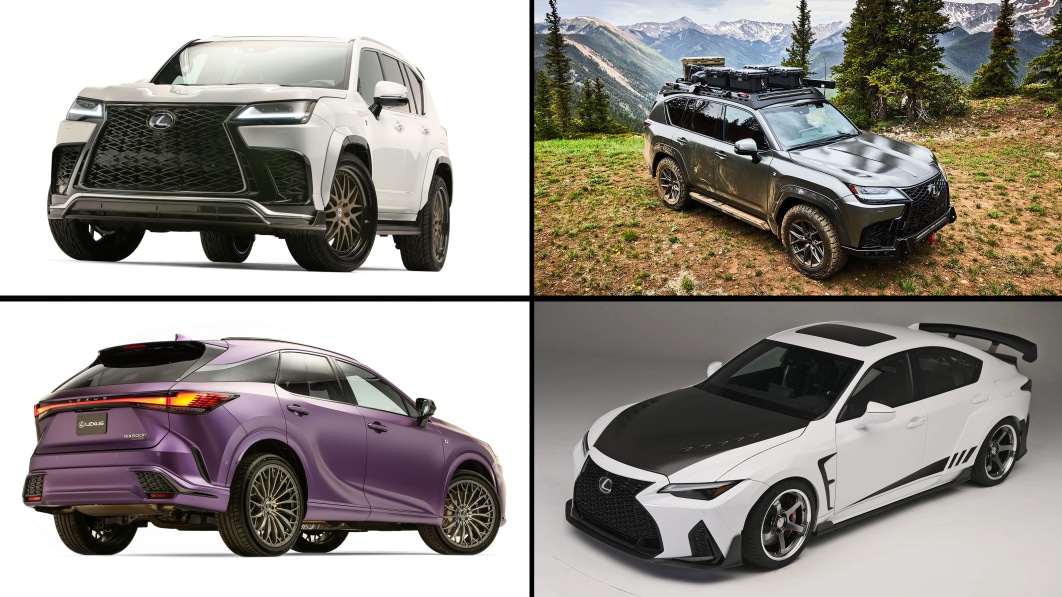 SEMA appears to be back in full swing for 2022, replete with in-your-face custom builds and engines tuned within inches of their lives. Lexus will be at the show with several builds based on its factory offerings, not the least of which is an IS 350 sedan packing Toyota’s new turbocharged six-cylinder, rather than the V8 found in the IS 500 F-Sport Performance. Let’s dive right in.

The DSport IS 600+ is far and away the headliner in this crowd. Unlike the IS 500 F-Sport Performance, this build utilizes Toyota’s new turbocharged six-cylinder. A fresh set of turbos and custom tune for E85 churn out more than 600 horsepower (hence the name) for this track-focused build. Additional modifications include a 4-point roll cage, sequential transmission, carbon ceramic brakes and a two-way adjustable suspension. Carbon fiber and an Artisan Spirits widebody kit complete the exterior look.

Dialing things back a bit, the LX 600 Urban Concept leans toward luxury. Artisan Spirits is featured here yet again, with a body kit that is far more subtle than the one found on the IS 600+. You’ll still find plenty of carbon fiber (front spoiler, rear bumper, fenders, hood, rear roof spoiler, rear gate spoiler and diffuser) but no carbon ceramics or adjustable dampers.

If practical off-roading is more your speed, the Alpine Lifestyle Concept may just be for you. This build leans into the overlanding craze. Yeti is featured heavily in the gear department, while the truck itself was overhauled with endless storage and fitted with enough armor to protect it in most off-road situations.

Don’t let the “500” and “F-Sport Performance” bits fool you; there’s no V8 to be found here either. Instead, Lexus pumped the 2.4-liter turbo engine to match a high-output electric motor. While Lexus didn’t supply a horsepower figure for the 500h F-Sport Performance AWD, we’re betting it’s in the 500-horse range just based on this concept’s name. Can Lexus get that sort of performance out of a production car? Because that would certainly be interesting. Lucid is offering an $18,000 employee discount to help employees buy a pricey Air ‘Need for Speed: Unbound’ Review: The best one in years Tesla is offering a rare $3,750 discount on Model 3 & Model Y cars for US customers who take delivery in December

Tesla Tesla is offering a rare $3,750 discount on Model 3 and Model Y vehicles Fiat is thinking small in the United States, it will soon discontinue the 500X and 2023 Chevy Montana is a mini-pickup for Brazil Mercedes-Benz EQT and MarcoPolo1 camper van revealed, but not for us

The Mercedes-Benz EQT gets its soft launch today, and alongside the standard electric model is A stellar collection of 35 classic cars — almost exclusively Chevys and Fords, with a Mazda