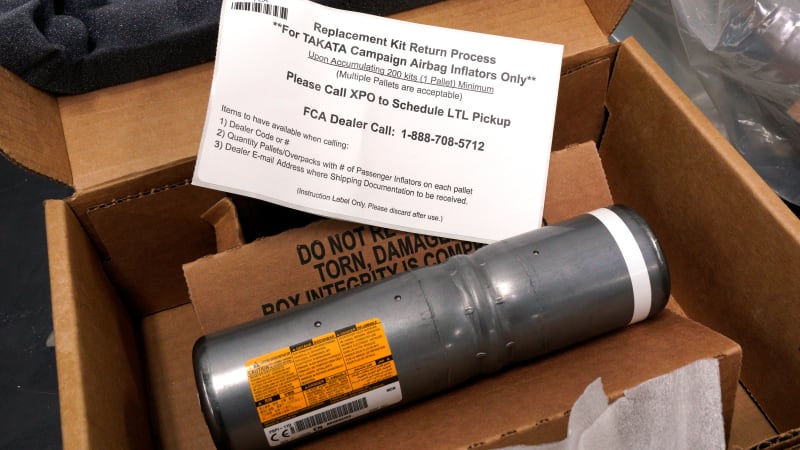 DETROIT — Three more people have been killed in the past seven months by Takata airbag inflators that exploded and hurled shrapnel. Stellantis, formerly Fiat Chrysler, said Wednesday that 276,000 owners of older Dodge and Chrysler cars should not drive them until the airbags are replaced. The cars were recalled in 2015.

The three recent fatalities bring the worldwide death toll from Takata airbag inflators to at least 32, with 23 in the U.S.

Many millions of recalled vehicles are still on the road, despite automakers’ attempts to contact owners. The problem is particularly acute if you are not the original purchaser of the vehicle and an automaker doesn’t know you’re the current owner. To check to see if your vehicle is involved in the Takata airbag recall, go to the National Highway Traffic Safety Administration recall website and look up your VIN number.

These deaths have occurred since May 2009:

— Unknown date: Unidentified driver of a 1998 BMW 3 Series car in unknown location in Australia. BMW said it became aware of the death in September 2019.

— April, 2022 through Nov. 3, 2022: Three unidentified drivers of Stellantis cars. Company says two were killed by ruptured inflators in separate crashes. A third death is suspected to have been caused by a Takata inflator. All three crashes were in warm-weather, high-humidity U.S. states. Stellantis and NHTSA would not give locations or identify victims.